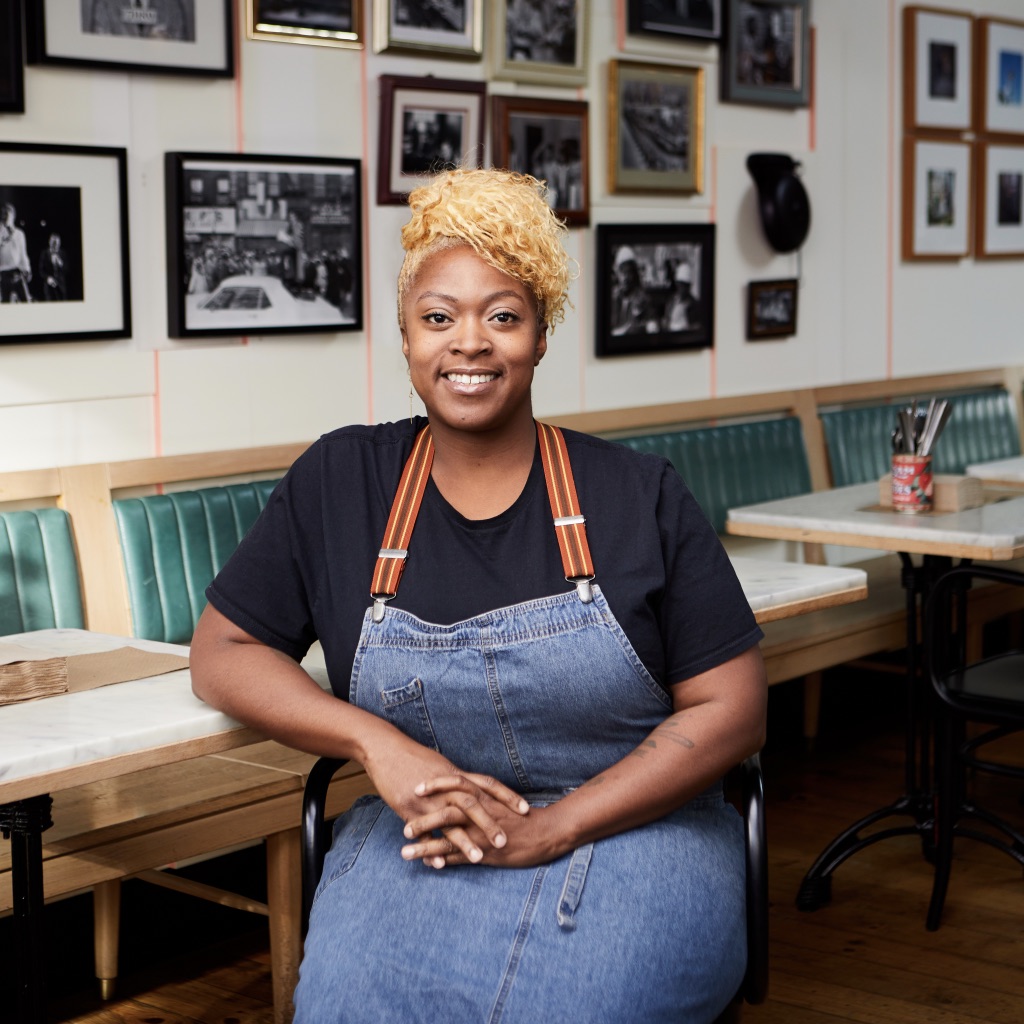 Suzanne Barr has become one of Canada’s most respected chefs with a signature flair for fresh comfort food and a passion for local community, food security, and advocacy for people of colour & LGBTQ communities.

In the fall of 2019, Suzanne embarked on her latest venture as Head Chef/Owner at True True Diner in Toronto, Canada. This concept is a mirror of Suzanne’s unique culinary repertoire and social advocacy. As published by blogTO, “The diner concept pays homage to the sites of many civil rights sit-ins, and the history of the diner in breaking down segregation.” Suzanne has also been heralded with championing marginalized people within the workspace through equitable employment practices. Her team members are all paid equal, livable wages and tips are pooled among not only front-of-house staff, but with the kitchen as well.

She was the owner of the popular restaurant Saturday Dinette, and the inaugural chef-in-residence at the Gladstone Hotel.

She is also renowned for her culinary contributions during her residency at Sand and Pearl Oyster Bar in Prince Edward County, which was awarded #9 on the list of Best New Restaurants in Canada by EnRoute Magazine.

In June 2018, Suzanne was able to showcase her love of social advocacy and food when she was chosen to participate in the James Beard Foundation Chef’s Bootcamp at the New Farm in Collingwood, ON where she worked directly with Community Food Centres Canada.

In August 2018, she was asked to speak at the Mad Symposium in Copenhagen, Denmark where she was on a panel for working parents discussing the current state of the culinary industry.

Later in 2018, she was chosen as one of six finalists to present a project at the Women In Hospitality United symposium in New York City, where she presented The Dinette’s Program, a cooperative training program providing an opportunity to learn, co-create, effective solutions for workplaces, and enhancing business productivity while promoting the next generation of women as industry leaders.

Suzanne was one of the chefs featured in Maya Gallus’ documentary film The Heat: A Kitchen (R)evolution.

She currently lives in Toronto with her husband and young son, and as a duel citizen, frequently travels to the U.S. for work and to spend time with other family.

Suzanne will is also one of the esteemed judges on Food Network Canada’s new series, Wall of Chefs, debuting in February, 2020 across the country.